A Century of Service: the Bulkley Valley District Hospital Auxiliary

This June marks the 100-year anniversary of the Bulkley Valley District Hospital Auxiliary. This volunteer-run society, which has provided financial and material support to the Hospital since its beginning, may well be the oldest service organization in the Valley. The official centennary celebration has been postponed due to COVID-19, but we at the Bulkley Valley Museum are marking the occasion anyway.

Our “From the Back Room” article in the June 10th Interior News features a commemorative plate from the Auxiliary’s 75th anniversary in 1995. Made of white ceramic with gold trim, it bears an image of the old Hospital as it would have looked between its construction in 1934 and the addition of a new wing in 1955. This is the only artifact in our collection directly connected to the Auxiliary.

Interestingly, when the BVDH Auxiliary was first founded, Smithers didn’t even have a hospital yet! In its early years, the town relied on Dr. Horace Wrinch from the Hazelton Hospital for medical aid. Spanish Flu sufferers were treated in the Public School during the 1918 pandemic. Afterwards, support grew for a proper facility in Smithers. The Todd Building, located at the southwest corner of King Street and Second Avenue, was selected to serve as the new hospital. Community support was strong, with financial contributions pouring in from local residents as well as the provincial government.

In the midst of all this, a group of Smithers women met at the Methodist Church Hall on June 11th 1920. They went away having founded the Ladies’ Hospital Auxiliary, which would eventually become the BVDH Auxiliary we know today. Edith MacDonald was the first President; (Annie?) Sharpe the Honorary President; Edith O’Neill the Vice-President; Florence Jennings the Secretary, and Alma Boyer the Treasurer. Eliza Ann Kilpatrick, who chaired the meeting, would become the first Auxiliary member to be appointed to the Hospital Board. Also involved was Lucretia Hankinson, wife of Smithers’ first resident doctor. All in all, 23 women paid a membership fee of $1.00 at the first meeting. 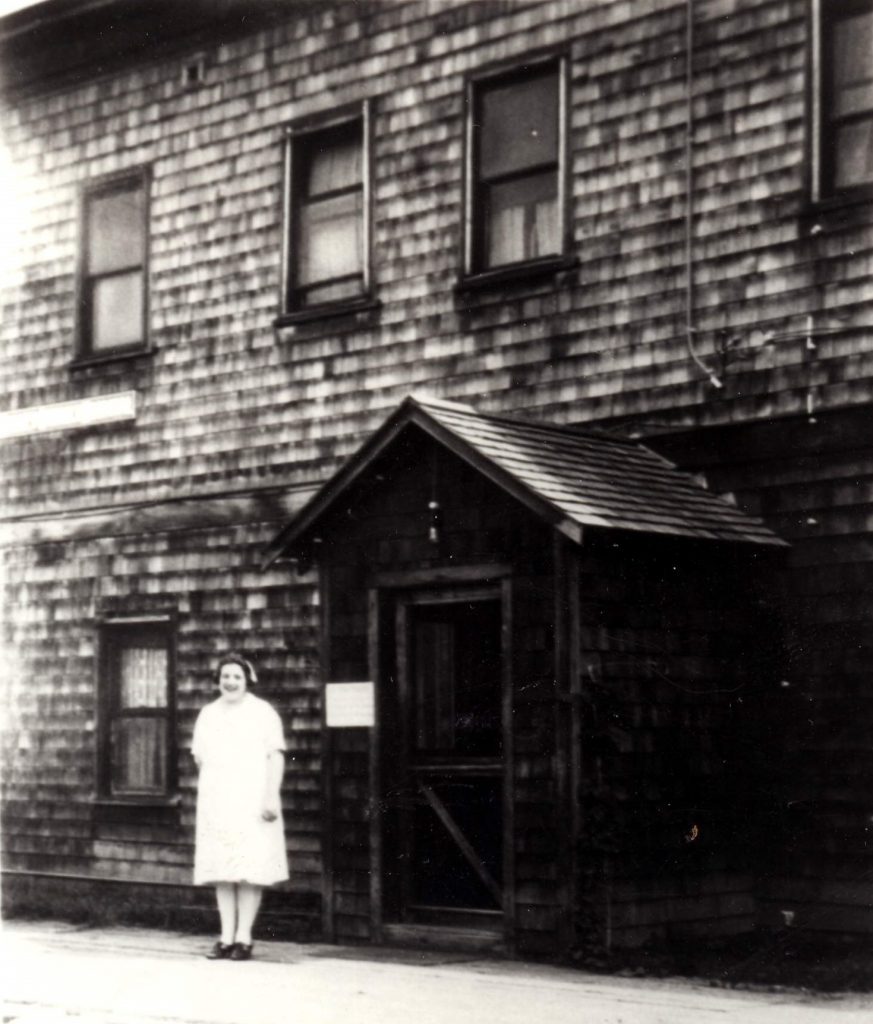 The initial purpose of the Auxiliary was to provide the hospital with necessities such as clothing, linens, towels, utensils, and staple foods. By the time the hospital opened on September 1st 1920, Auxiliary members had sewn sheets and pillowcases for all its twelve beds. They also donated treats on holidays, provided all furnishings for the hospital and nurses’ house, and helped pay the nurses’ salaries. Hospital support work was highly gendered, with the Board comprised almost entirely of men, and fundraising and clothes-making being seen as the “female domain.” The Auxiliary women’s contributions, in addition to those of other female employees such as nurses and cleaners, were essential to keeping the Bulkley Valley District Hospital open and functioning.

An intriguing side-note to the story of the Auxiliary’s early days comes from the Interior News. On October 6th 1926, it was announced that the Ladies’ Auxiliary was planning a home nursing class. Local graduate nurses would teach women and high school girls the basics of home nursing over a series of twelve lessons. Interested parties could register for $2.00 at Adam’s Drug Store. Regrettably, no further information could be found on this course, so it’s not known whether it was a success.

Despite the support of the Auxiliary, running the BVDH was a constant struggle. This was especially true during the Great Depression. Relief came in 1934 when the Sisters of St. Ann took over the management of the newly-reconstructed hospital. This meant the Auxiliary no longer had to supply all necessities, and could instead devote time and money to purchasing special medical equipment. Having specialized tools and machines at the hospital meant that the patients who needed them would not have to be sent further afield for treatment. Additionally, time-saving appliances such as dishwashers lightened the staff workload, while comfort items such as radios and children’s toys improved the mental well-being of patients. Things would again improve for the Auxiliary when the province took over the hospital in 1969, opening the door to more government funding.

From the beginning, the Auxiliary has relied primarily on community fundraising. Dances, dinners, concerts, raffles, fashion shows, book sales, movie nights and the like have raised countless dollars across the decades. The Children’s Valentine Masquerade and the Halloween Dance were particularly popular. A Ski-A-Thon was even held in 1974, with sponsorship money for teams and individuals going to the Auxiliary. Two important sources of revenue were established in the later 20th century: the hospital Gift Shop in 1972 and the New To You Thrift Store in 1988. These remain vital to the Auxiliary’s success today.

The work of the Auxiliary goes beyond financial support. Members have weighed and photographed newborn babies, operated the Comfort Cart bringing treats to patients, entered floats in the Bulkley Valley Days parade, started a free Ice Cream Day at the Bulkley Lodge, and offered bursaries to high school students entering the medical field. Another cause sponsored by the Auxiliary was the Candy Stripers (now Junior Volunteers), teenaged girls (now boys as well) who volunteered at hospitals and learned medical skills.

A 1980 Interior News article celebrating the Auxiliary’s Diamond (60 year) Anniversary stated: “It is difficult to estimate just how much the ladies’ auxiliary has donated to hospital functions over the years … the service they provide is invaluable and can’t be measured in terms of money alone.” This statement still rings true today, especially in the COVID-19 era when we have (hopefully!) become more appreciative of the service provided by medical workers of all sorts. The Bulkley Valley District Hospital Auxiliary continues to ensure that local residents receive high-quality care near home. Hopefully, its century of service can be celebrated on its 101st anniversary next summer.

Thank you to Winette McEwen from the BVDH Auxiliary for her insight and assistance with this article. The Bulkley Valley Museum is now open from noon to 4 p.m., Monday to Friday, with social distancing measures in place. Visit to see our new exhibit, From the Back Room, as well as a small display on the BVDH Auxiliary.